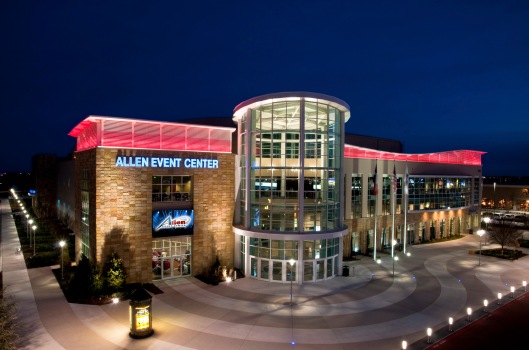 The ECHL’s absorption of the CHL teams is a win-win for both sides. Never for a minute think that the benefits of this move are only for those seven CHL teams. The ECHL has now been able to expand their league very sensibly into the central U.S. and Canada with seven additional solid hockey markets with existing organizations and top-notch arenas, while the CHL teams have now ensured their survival. This sets up the ECHL with additional markets that will fit in rather nicely with any future AHL team moves to the West coast as has been discussed by a number of Western Conference NHL teams.

Now that the dust has settled and the ECHL begins its 2014-15 season tonight it is a good time to take a brief glimpse at the former CHL teams’ hockey history and other details.

For many hockey fans in the southern-central area of the U.S. the Central Hockey League (CHL) has been a way of life for many years and it is very gratifying to see part of that history survive in the ECHL. This latest version of the CHL was formed in 1992, and two of the original 1992 teams, the Tulsa Oilers and Wichita Thunder, survived to make the transition into the ECHL. Along with that original 1992 group were the Oklahoma City Blazers (who ceased operations in July 2009), Memphis River Kings, Dallas Freeze and the Fort Worth Fire.

Former CHL teams moving to the ECHL in October 2014:

Brampton Beast (Brampton, ON): Now entering its second season, the Beast was the first Canadian CHL expansion team when it joined the league for the 2013-14 season. Affiliate: Last season the Beast were affiliated with the Tampa Bay Lightning and Syracuse Crunch, however no affiliate is listed at the beginning of this season. Coach: Brent Hughes, First Season. Average attendance last season: 2233. Arena (Capacity): Powerade Centre (5,000).

Missouri Mavericks (Independence, MO): In April 2009 the Mavericks were announced as a CHL expansion team and started their first season that fall.  Affiliate: The Mavericks are affiliated with the AHL Chicago Wolves and have been affiliated with that team since September 2011. Coach: Richard Matvichuk, First Season. Average attendance last season: 5499. Arena (Capacity): Independence Events Center (5,800).

Quad City Mallards (Moline, IL): The Mallards debuted in 2009 as part of the International Hockey League (IHL) and the team was named after the Mallards who had originally played from 1995 through 2007 in the Colonial Hockey League, which was renamed the United Hockey League (UHL) in 1997. The Quad City Mallards joined the CHL for the 2010-11 season when the IHL joined the CHL. Affiliate: Mallards are affiliated with the Iowa Wild and Minnesota Wild [via Bobby Metcalf Oct. 21 – “Per Bob McNamara, Mallards will still be affiliated with the Wild. Had to redo paperwork to make it ECHL official.”] Coach: Terry Ruskowski, Third Season with Quad City; Fourth Season in ECHL (96-80-20). Average attendance last season: 3811. Arena (Capacity): i Wireless Center (9,000).

Tulsa Oilers (Tulsa, OK): The Oilers was one of the original teams that formed the CHL when it was founded in 1992 and made the playoffs in nine of their first 13 seasons. The name “Tulsa Oilers” has a long historic past dating back to 1928 when the original Tulsa Oilers were founded as part of the American Hockey Association. The Oilers were a powerhouse in those early years, even challenging the NHL for the Stanley Cup in 1931. Under the AHA, the team continued through 1942 when the league was disbanded due to WWII. In 1945 the AHA reorganized as the USHL and the Oilers once again were active through 1951. In 1964 when the original CHL (Central Professional Hockey League) formed, the Tulsa Oilers were again revived for 20 years through 1984, winning 3 Adams Cup championships in 1968, 1976 and 1984. Affiliate: None. Coach: Bruce Ramsay, Sixth Season with Tulsa, First Season in ECHL. Average attendance last season: 4986. Arena (Capacity): BOK Center (17,096).

For those of you needing iCal format schedules for the above teams, Tulsa Oilers Fans has kindly created files available for downloading on his site. Check it out!

the new season which begins tonight

1 thought on “Get to Know Your New ECHL Expansion Teams”