Comfort food to say your goodbyes!

Talking to Lowetide today on his radio program about the Barons departures made me finally face some harsh realities. No, these were not unknown realities since I had already counted the names, and updated the rosters, always dreading the moment when I had to add new teams next to “our” OKC Barons’ names. But talking about it made it real. It was no longer just letters and numbers on a screen or page.

OKC fans expected never to see Teemu Hartikainen play for the OKC Barons again, and to be honest, it would not have surprised us if he had ended up on another NHL team besides the Edmonton Oilers. However, the notion that he will now be playing an entire world away with Salavat Yulaev in the KHL has been rather heartbreaking. Not because he is playing in Russia, and not because he is no longer in North America, but simply because it will be difficult to watch him play again. Although … not impossible!

When Hartikainen’s signing was announced in early June it felt as if we’d lost a friend here in OKC. The big Finn has been in OKC since day one of the OKC Barons franchise. He scored the first two goals in this franchise’s history! We have watched him develop, grow, mature and become a better player and an incredibly nice young man. He will be missed greatly.

In the Minors fans “adopt” these young boys. They worry about them, fret over them, hoping and dreaming alongside each of these boys that they will attain their dreams of playing in the NHL. And yes, it doesn’t matter where they end up — sometimes it is even better that they sign elsewhere to make their dreams a reality. We follow their careers and keep them in our hearts. Always.

Following the third season in this franchise, we are seeing a large number of departures this summer, larger than normal. Players we have watched for three seasons, players we have talked with, bowled with, skated with, and shared laughs and jokes along the way. It’s hard to grasp that we must say our goodbyes to Harski, Antti, Phil, Duke, Tubes, Cheechoo, Yann, Ringer, Tanner, VdV, Mags, among many others. And even more heartbreaking, our goodbye to Pelssy.

Last season’s goodbyes were incredibly difficult for me but I’ve kept in touch with that group of players — followed their careers, cheered for them and encouraged them when at all possible. And I’m very lucky — some will even remain friends for life. As this season’s players move on, graduate to other teams, other adventures, I will keep track of their careers, cheering and encouraging. Watching them follow their dreams. That’s the minor leagues!

We wish all of them the absolute best in their careers, and in their lives! It was a joy to be there alongside them for the time that they were here in OKC. No matter where they go, where they land (looking at you Maggie in St. Louis!), they will always have fans in OKC. Keep in touch, guys!! Seriously!! 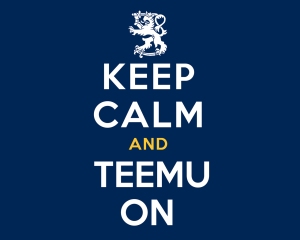 2 thoughts on “Parting is Such Sweet Sorrow”