“Pining for the fjords” — definition: Used to describe a dead person or animal as a way of convincing someone that the corpse is not, in fact, dead.

This delightful phrase was first used by Michael Palin in reference to his very dead Norweigan Blue parrot in the famous Monty Python sketch:

“…And when I bought it not half an hour ago, you assured me that its lack of movement was due to it being tired and shagged out after a long squawk.”

“It’s probably pining for the fjords.”

“Pining for the fjords, what kind of talk is that?”

No, the OKC Barons are not yet “pining for the fjords,” not by a long shot, but I must admit that upon hearing this phrase this morning the first thing that popped into my head was the OKC Barons. The Barons can be a potent powerhouse of a team — but what is missing from this team? What am I missing? I see a lack of intent at times. Does the team rely too much on their top players to perform and win the games? Is there some element of coasting along until the NHL returns? Does the team relax a bit too much after a lead? Does the entire team relax in the 3rd? Are they exhausted? Are there problems we are not able to see on the ice? Are we missing a winning attitude, something the coaches and Edmonton Oilers are trying to instill into these players?

I have asked myself all of these questions this season. To be fair, we set very high expectations when we heard the news that some of the best and brightest of the Edmonton Oilers would be playing in OKC. As I have said before, the NHL game does not translate well to the AHL — if you have doubts about that, just follow the AHL this season. The issues are numerous and I have written about them in my article “The AHL and the OKC Barons Perfect Storm Season?” at Tend the Farm.

The OKC Barons rookies are facing their first professional hockey season and to be honest, I think they are progressing well under the circumstances. They are here to learn, develop and face a brave new world. Some will excel very quickly, others will take time to hone their game. As for the others, there is an interesting dynamic going on, and it would be fascinating to see how they perform under different circumstances. I’d like to see the team play without any NHLers on the roster at all for a stretch of games. (I will pause here for a moment while many of my reader’s head’s explode.) I doubt this will ever happen until the lockout ends, but it would be an incredibly interesting experiment!

Don’t misunderstand me. This team has incredible potential and I’ve seen wonderful flashes of brilliance this season, but I miss the quirkiness from last season — Nelson’s ever changing mixed-up lines that almost always seemed to perform. I fear this season’s ups and downs have begun to resemble the NHL lockout talks. One moment the NHL season is imminent, the next it is dead, pining for the fjords. 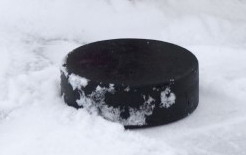