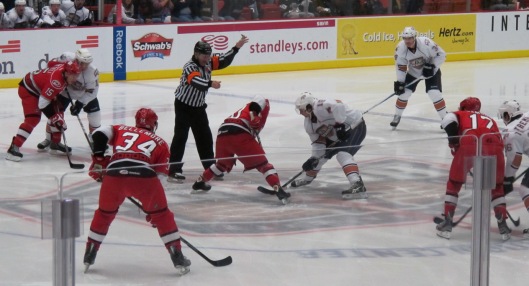 The OKC Barons defeated the Charlotte Checkers 1-0 last night and moved to 10-2-0-1 in front of the largest number of fans so far this season — 6,282. It seems the new Barons’ advertising campaign, practice jersey giveaway and $1 hotdog night were very successful! It is a success when the pregame lines go out the door of the arena and the concession lines are long enough to discourage the regular fan.

After the Barons’ defeat by the Charlotte Checkers on October 28th (see game recap) the OKC Barons have had time to improve their game and prepare for the fast moving, aggressive Checkers. The Checkers seemed a bit slower last night and this could be a result of their last six road games, dating back to the OKC’s October 28th game. Expect the Checkers to come out tonight seeking revenge!

OKC Barons’ Gilbert Brule scored the first and only goal of the night at 3:44 in the first period, assisted by Mark Arcobello. Yann Danis, in his second shutout of the season, saved 30 of 30 shots on goal. The second and third periods remained scoreless. The Charlotte Checkers outshot the Barons in the first 2 periods, 12-8 and 11-9, but the Barons rallied during the third to outshoot the Checkers 13-7. The Checkers goaltender Justin Peters saved 29 of 30 total shots on goal.

The three stars of the night — not difficult to determine — were Yann Danis, Gilbert Brule and Justin Peters. The two goaltenders and the lone goal scorer.

The OKC Barons play the Charlotte Checkers again tonight in Cox Arena at 7pm. Be there!! 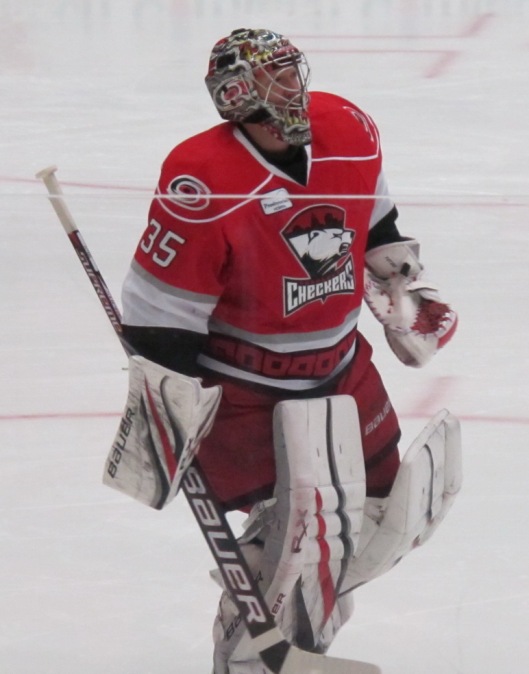 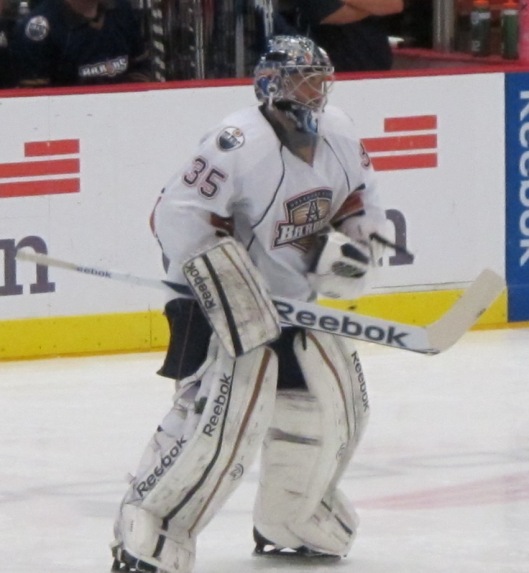 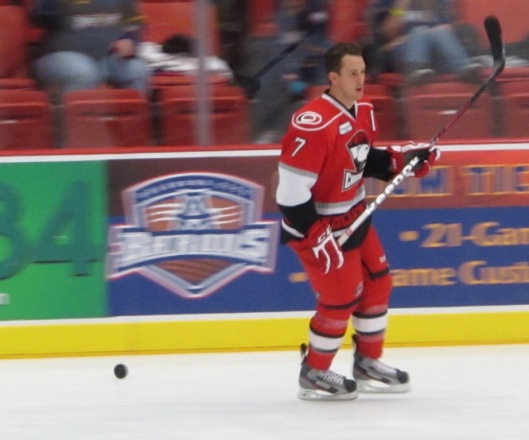 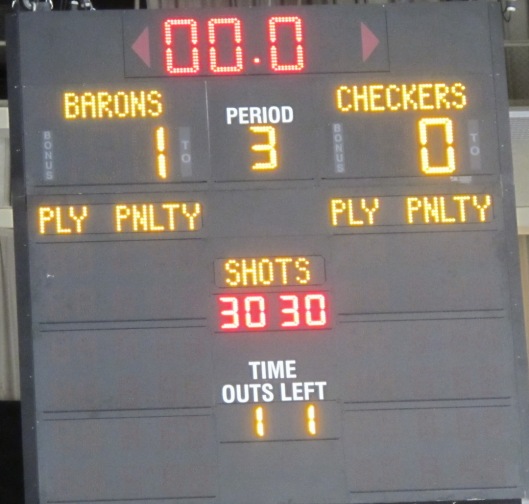